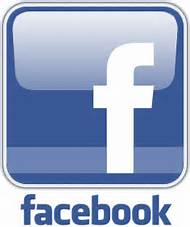 Facebook is useful for a lot of things — humble bragging about your children, posting professionally taken candid photographs of your smiling family, announcing your engagement/marriage/pregnancy/baby's gender to several hundred of your closest friends, etc. In K.A. v. J.L., a New Jersey court added another item to this list. After observing that courts in other jurisdictions were almost evenly split on the issue, the court allowed plaintiffs in that case to serve defendant via Facebook. (When it researched the issue, I assume the court reviewed one of my prior posts about two New York courts that also allowed service via Facebook.)

K.A. involved very unusual facts. Plaintiffs sued defendant to "enjoin defendant from holding himself out as the father of their [adopted] son." Defendant, who was not the son's biological father of record, sent the son a friend request over Facebook. The son declined. Defendant then reached out to the son over Instagram, claiming that he was the son's biological father. Defendant allegedly informed the son that he knew where the son was born, and disclosed both the identity of the son's birth mother and that the son had "biological siblings at large." (Plaintiffs allege that defendant also sent a Facebook friend request to the son's sister, who, like the son, declined the invite.) Defendant also "incorporated a picture of [the son] into an image comprised of three separate photographs, each featuring a different person," and purportedly claimed that the collage was a picture of his children. Defendant shared this picture with the public on his Facebook account. Plaintiffs believe defendant obtained the image of the son from the son's Facebook account.

Plaintiffs claimed that defendant was a "complete stranger to them," and that they had no contact with him prior to the events that led to the litigation.  Plaintiffs' counsel attempted to serve cease and desist letters on defendant at his last known address via certified and regular mail. The certified letters were returned as unclaimed, but the letters sent by regular mail were never returned. Plaintiffs then sued, seeking an injunction preventing defendant from contacting their son or claiming to be his father. They sought permission from the court to serve the complaint on defendant via Facebook.

Before turning to whether service could be made through Facebook, the court first addressed whether it could exert jurisdiction over defendant, who lived in Pennsylvania. The court concluded that, because  defendant "knowingly reached out to various members of plaintiffs' family, who are New Jersey residents," it was "clear that any resultant harm would be concentrated in this state," and therefore the court could exercise personal jurisdiction over defendant, but only if service of process on defendant was effective.

On that issue, the court ruled that service via Facebook was appropriate. The court noted that the New Jersey Court Rules call for personal service on defendants, but allow for service through "secondary methods" (regular mail, certified mail, or both to the defendant's home or, if labeled for defendant's eyes only, to the defendant's work) if "a plaintiff's reasonable, good-faith attempt to effectuate personal service proves unsuccessful." If even these secondary methods fail, then the court noted that the Court Rules provide, "as a tertiary and last resort," that service can be made in any manner "provided by court order, consistent with due process of law."

To satisfy due process of law, service of  process under these methods of last resort must provide "notice reasonably calculated, under all the circumstances, to apprise interested parties of the pendency of the action and afford them an opportunity to present their objections." Applying this standard to the facts of the case before it, the court concluded that service via Facebook was proper, holding as follows:

Given that the Facebook and Instagram accounts at issue are the sole conduits of the purported harm, service via Facebook is reasonably calculated to apprise the account holder of the pendency of this action and afford him or her an opportunity to defend against plaintiffs' claims.  The account holder’s recent activity on Facebook indicates that the account is active and that receipt of the documents is probable.  Additionally, Facebook includes a feature that allows the sender of a message to see whether the recipient has opened the same, thus indicating that the recipient is on notice of the message’s contents.

The court also held that service via Facebook was not only consistent with due process, but was also "the only method of service available to plaintiffs." It noted that "[t]he only address that plaintiffs could locate [for defendant] was not a good address," therefore service by mail was impossible, and that the relief plaintiffs were seeking was injunctive, therefore service by newspaper publication was "futile" (a "defendant must receive the pleading and know of the restraint if the conduct is to be stopped.") Accordingly, service via Facebook was both appropriate and necessary.

Like other cases that have permitted service via Facebook, the holding in K.A. was highly fact specific. Nonetheless, as individuals increasingly communicate exclusively through social media and other electronic means, and as courts become increasingly, albeit slowly, more comfortable with that reality, service via Facebook and other social media platforms may become more common.

Note: The opinion in K.A. is somewhat confusing in that it involved a prospective application seeking permission to serve defendant via Facebook, but appears to have been written with the benefit of hindsight. For example, in support of its conclusion that service via Facebook comported with due process, the court noted that defendant appeared at the telephonic hearing on the request for injunctive relief. Obviously, the hearing would have taken place after defendant was served with the complaint, so this appears to be a bit of after-the-fact justification from the court.