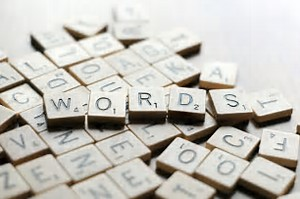 One of my favorite quotes from a judicial decision comes from the New Jersey Supreme Court in Atlantic Northern Airlines v. Schwimmer: "Litigation proceeding from the poverty of language is constant." I have never understood this to be a knock on the drafter. Rather, I understood it to mean that no matter how carefully you choose your words you can never make a contract, agreement, or other document litigation-proof. You see examples of this nearly every day in the daily decisions, including in the Appellate Division's recent decision in The Law Offices of Bruce E. Baldinger, LLC v. Rosen.

Baldinger involved a dispute between a law firm and its former client over attorney's fees. Defendant retained plaintiff to represent him in connection with a dispute with a contractor over work performed at defendant's home. Plaintiff and defendant entered into a retainer agreement that included an initial flat fee of $1,200 followed by hourly billing. The retainer agreement also dictated that interest at the rate of 1% per month would be charged on any unpaid balances after 30 days. The retainer agreement also contained the following provision, which is most important to our story: "If collection and enforcement efforts are required, you agree to pay counsel fees along with costs of suit." This would become important later on.

After about a month, defendant "became dissatisfied with plaintiff's representation and terminated plaintiff's services." Defendant had already paid the $1,200 flat fee, but plaintiff demanded that he also pay an addition $4,308 for work performed by plaintiff up to that point. Defendant refused to pay.

As required under New Jersey law, plaintiff gave notice to defendant of his right to request fee arbitration over the outstanding fees. Unaware that defendant elected to go that route, plaintiff sued defendant in small claims court, seeking $4,308 for fees, interest, attorney's fees, and costs of suit. (In New Jersey, a lawyer must give a client notice of the client's right to fee arbitration. The client then has 30 days to elect to pursue that right. A lawyer  can only sue the client if the client does exercise that right within those 30 days.) Upon learning of the fee arbitration, however, plaintiff withdrew the complaint.

After receiving the panel's decision, plaintiff reinstated his complaint in small claims court, now seeking the fees incurred in connection with the fee arbitration and the filing fees for the reinstated complaint. Both sides moved for summary judgment. The court granted defendant's motion and plaintiff appealed.

On appeal, plaintiff argued that: (1) "the trial court erred in determining that attorney's fees are not available in fee arbitration proceedings;" and (2) the firm's retainer agreement was "sufficiently clear to allow him to recover fees incurred in the fee arbitration." The Appellate Division "disagree[d] with plaintiff's second argument and, therefore, [did] not reach the first argument." It held that attorney's fees are only recoverable when permitted by statute, court rule, or contract. Since there was no relevant statute or court rule at issue in Baldinger, plaintiff's claim was dependent on the language of the retainer agreement.The Appellate Division observed that courts will strictly construe contractual provisions providing for the recovery of attorney's fees in light of the "general policy disfavoring the award of attorney's fees."

The more interesting question presented by Baldinger might be the one the Appellate Division did not reach. If the attorney's fees provision in the retainer agreement had referenced fee arbitration, would plaintiff have been able to enforce it? As the Appellate Division noted, "the client has the exclusive right to  submit a fee dispute to the [fee arbitration] committee for resolution." A client might be less inclined to seek fee arbitration if it could be held liable for the fees incurred by its former lawyer in connection with the fee arbitration process. Discouraging clients from resorting to the fee arbitration process would seem contrary to the goals of that process. Whatever the answer to this question, however, it will have to wait for another day and another case.