Winter is right around the corner. Unfortunately, that means snow is also just around the corner. But it also means that its time for another case about someone allegedly being injured after slipping and falling in the snow. The facts of these slip and fall cases often read like law school exam questions. I have written about several of them in the past, from the relatively straightforward (Just In Time For Summer, A New Decision On When You Are Required To Clear Snow From Your Property) to the more unique (Shortcut Across Bank Parking Lot Leads To A Slip And Fall, But No Liability For The Bank) to the even more unique (New Jersey Court Answers The Burning Question: Can I Sue The Owner Of An Abandoned Church If I Slip And Fall On The Sidewalk Outside The Church?). A recent decision from the Appellate Division, Castellano v. Garrett Enterprises, LLC, is the latest in this long line of interesting slip and fall cases.

In Castellano, plaintiff was ordered to participate in a 48-hour Intoxicated Driver Resource Center program as part of the disposition of his second drunk-driving conviction. The program was held at a local church. It snowed in the days leading up to plaintiff’s attendance, including the night before. On the night of the program, while plaintiff was walking around the premises, he slipped and fell. He sued the church, among others.

The church moved for summary judgment on charitable immunity grounds. The trial court granted the motion and the Appellate Division affirmed, relying, among other things, on the Gospel according to Mark.

END_OF_DOCUMENT_TOKEN_TO_BE_REPLACED

I don’t usually write about personal jurisdiction because it is . . . well . . . a little boring. But I do enjoy creative legal arguments (including creative arguments about jurisdiction), so I am going to make an exception here.

The Third Circuit recently issued its decision in in Robinson v. Section 23 Property Owner’s Association, Inc., which is the latest in what appears to be a running battle between plaintiff and more than two dozen defendants arising out of the foreclosure of defendant’s mother’s home. The district court described the various lawsuits plaintiff filed as follows:

The subject of all of [plaintiff’s] cases, including this case, arises out of his residence at his mother’s home in Florida. Beginning with disputes over the enforcement of deed restrictions, such as parking and property maintenance, Plaintiff’s cases have evolved into claims against essentially every person or entity that has been involved either directly or indirectly in the ultimate foreclosure of the . . . house and his resulting eviction from the property. The main thrust of Plaintiff’s claims is that all the Defendants have conspired to illegally purchase his mother’s home and steal all of his personal and intellectual property inside. Plaintiff alleges that Defendants have done so to quash his investigation of their international money laundering and fraud scheme.

END_OF_DOCUMENT_TOKEN_TO_BE_REPLACED

Some time ago, I wrote a blog post about a sign I saw at the beach, “Swimmers Only Between Flags.” It was a lighthearted post about the limitations of seemingly “plain” language. In Curto v. A County Place Condominium Association, the U.S. Circuit Court for the Third Circuit addressed a more serious issue involving swimming restrictions. Curto involved a challenge to a condo association’s policy of having gender-specific swimming hours at the community pool. The case presents an interesting intersection of discrimination — gender discrimination that was purportedly necessary to prevent religious discrimination. Read more about it below, and stay tuned because I am certain that the Curto decision will not be the last word on the issue.

In Curto, plaintiffs were residents of a condominium, A Country Place, which was governed by the defendant community association. A Country Place is a “55 and over,” age-restricted condominium located in Lakewood, New Jersey. As the Third Circuit noted, “Lakewood has a large and growing Orthodox Jewish population, and so does A Country Place.” Nearly two-thirds of defendant’s residents were Orthodox when the underlying events in Curto occurred. Defendant established single sex swimming hours for the community pool to accommodate “the Orthodox principle of tznius, or modesty, according to which it is improper for men and women to see each other in a state of undress – including bathing attire.”

END_OF_DOCUMENT_TOKEN_TO_BE_REPLACED 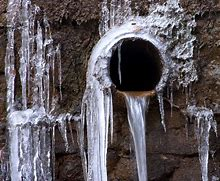 END_OF_DOCUMENT_TOKEN_TO_BE_REPLACED

Although I have been a homeowner for a number of years and like to think that I am reasonably handy, my knowledge of plumbing  is probably more informed by Mario Brothers than anything else. As the saying goes, I know just enough about the subject to be dangerous, so I generally try to avoid it. One of the parties in a recent Appellate Division decision, Sayat Nova, LLC v. Koestner, probably would have been better served heading this advice, as the Appellate Division held that no expert was needed to show that it acted negligently when it broke a pipe in a clogged tub that caused flooding in a restaurant several floors down.

In Sayat Nova, plaintiff operated a restaurant in defendant's building. After water from a third-floor apartment came flooding like a "waterfall" out of the ceiling and into the restaurant, plaintiff sued. The incident that precipitated the lawsuit was not the first time that the restaurant flooded. Four times in the previous three years, water entered the restaurant from the same general area in the ceiling. Each incident "involved more water and more damage than the previous incident." Each time plaintiff notified defendant, but never received a response. On one prior occasion, after receiving no response from defendant, plaintiff hired contractors at his own expense to repair the damage. Plaintiff was never compensated for these expenses or any losses caused by the prior incidents.

In the incident that led to the complaint, water came into plaintiff's restaurant from the ceiling above a different area of the restaurant than in prior incidents. Moments after plaintiff noticed the intrusion, the building's superintendent entered the restaurant with a man plaintiff did not know. Neither man was a licensed plumber. The superintendent told plaintiff: "By mistake we broke the pipe . . . We try to fix the fixture, and the guy by mistake break the pipe." He was apparently referring to a pipe in a third-floor apartment with a "hair-clogged tub." After the incident, defendant called a licensed plumber to fix the problem, but the damage caused plaintiff to have to close his restaurant several days for repairs.

END_OF_DOCUMENT_TOKEN_TO_BE_REPLACED 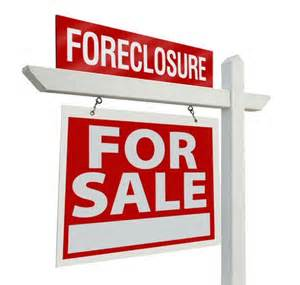