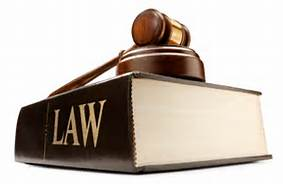 In United States v. Free, defendant "made the bizarre decision to file for bankruptcy even though he had more than sufficient assets to pay his debts." Then, "having filed for bankruptcy unnecessarily, [he] hid assets worth hundred of thousands of dollars from the Bankruptcy Court." Not surprisingly, this led to criminal charges being brought against defendant and convictions for multiple counts of bankruptcy fraud. To make things even more odd, despite all of his "prevarications," defendant's creditors were paid in full from the bankruptcy estate. So, to summarize, defendant did not need to file bankruptcy but chose to do so, only to then defraud the Bankruptcy Court by hiding hundreds of thousands of dollars worth of assets, but eventually paid "100 cents on the dollar" to his creditors.

The legal issue in the case was how to properly calculate "loss" under the Sentencing Guidelines, which increase a "fraudster's" recommended sentence based on the loss he causes, or intends to cause, his or her victims. The curious part about Free was that the victims, defendant's creditors, were paid in full, therefore they had not suffered any loss in the usual sense of the word.

In Free, plaintiff filed for bankruptcy in his capacity as as the sole proprietor of an electric company he owned. He also owned a company that specialized in the sale of vintage firearms, which would become a central part of his bankruptcy case. Free claimed that he filed for bankruptcy to stay the sheriff's sale of property he was on the verge of losing through foreclosure. When he filed, he identified more than $1 million in assets — property and personal property, including firearms — and almost $700,000 in liabilities.  He originally filed under Chapter 13, but the court converted it to a Chapter 7 bankruptcy, which would liquidate his assets and distribute the proceeds to his creditors.

During the bankruptcy proceeding, Free repeatedly lied to the bankruptcy trustee and the court and disobeyed the instructions and orders of each. For example, after being instructed by the trustee not to sell any firearms, the trustee learned that Free had sold numerous firearms to numerous buyers for tens of thousands of dollars. Free also lied about his assets, specifically the amount of guns he owned, a lie that was only uncovered after he was jailed for numerous other infractions and the FBI conducted a search of his home. During sentencing, the trustee testified that "Free's dishonesty was the worst he had ever seen in his more than 37 years of practice in the bankruptcy courts."

Free was eventually charged with, and convicted of, six counts of bankruptcy fraud. Under the sentencing guidelines, the court was entitled to consider an adjustment to his sentence for the "amount of loss" he causes, or intended to cause, to his victims. The district court concluded that Free concealed almost $1 million in assets from the Bankruptcy Court. The government argued that this should be the "loss" that the district court used to calculate Free's sentence. Free disagreed, arguing that there was no loss because all of the creditors were paid in full.

The district court agreed, mostly, with the government, holding that Free intended to conceal assets from the bankruptcy court. But, importantly, the district court did not specifically conclude that he intended to cause pecuniary harm to his creditors. Ultimately, the court calculated the "loss" in the manner advocated by the government, characterizing the victim of his fraud as "the judicial system of the United States," not defendant's creditors. Free appealed.

While Free may have won on appeal, he is not home free. The Third Circuit held that "loss" could be calculated by the actual or intended harm to victims. On appeal, the government "appeared confident . . . that it could show that Free actually did intend to cause pecuniary harms to his creditors" (emphasis in original) by concealing his assets. If the government could establish this intent on remand, then the district court would be able to consider the value of the assets he concealed in its "loss" calculation. The Third Circuit also observed that were ways to adjust a sentence based on non-pecuniary harm. It identified several sections of the sentencing guidelines that might allow for an upward departures or variances as a result of Free's "repeated lying to the Bankruptcy Court and his manifest disrespect for the judicial system." It observed that these departures might result in an even longer sentence than the one the district court arrived based on its "loss" calculation.