I do not have these mugs at home, but I should. Most married men will tell you that the easiest way to avoid trouble at home is to remember that your wife is always right (even on those rare occasions when she is obviously wrong). Sometimes this policy of gratuitous appeasement fails, however, as was the case in a recent decision, Edwards v. Nicolai, from the New York Appellate Division (First Department).

In Edwards, defendants were husband and wife, and co-owners of Wall Street Chiropractic and Wellness. The husband was head chiropractor, while the wife was the chief operating officer. The husband hired defendant as a "yoga and massage therapist," and was her direct supervisor. According to plaintiff, her relationship with the husband was entirely professional and he "regularly praised" her work performance.

A little more than one year after hiring plaintiff, the husband allegedly "informed Plaintiff that his wife might become jealous of Plaintiff, because Plaintiff was too cute." This apparently proved to be a prescient statement. Approximately four months later, at 1:30 in the morning, plaintiff received a text from the wife, stating that plaintiff was not "welcome  any longer" at the office, that plaintiff should "NOT ever step foot in [the office] again," and that plaintiff should "stay the [expletive] away from [the wife's] husband." A few hours later, at around 8:30 am, plaintiff received a text from the husband notifying her that she was "fired and no longer welcome in [the] office," and that if she called or tried to come back, defendants would call the police.

END_OF_DOCUMENT_TOKEN_TO_BE_REPLACED 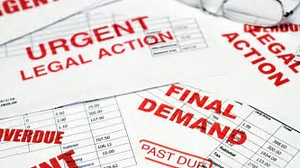 In Henson v. Santander Consumer USA Inc., Justice Gorsuch delivered his first opinion for the Supreme Court, and in doing so, provided an interesting opinion on a relatively boring issue, and subconsciously (I assume) invoked the movie Repo Man, a classic (?) mid-1980's movie starring Emilio Estevez and Harry Dean Stanton, which the website, imdb.com, summarized as follows: "Young punk Otto [Estevez] becomes a repo man after helping to steal a car, and stumbles into a world of wackiness as a result."

Neither the facts nor the law in Henson were wacky. Plaintiffs took out loans from CitiFinancial Auto to buy cars, but later defaulted on those loans. Defendant purchased the defaulted loans and sought to collect the debt from plaintiffs in ways that plaintiffs claimed violated the Fair Debt Collection Practices Act. The Act, which was designed to curtail "[d]isruptive dinnertime calls, downright deceit and more besides" authorizes private lawsuits and "weighty fines" for anyone who engages in "wayward collection practices." But, it only applies to "debt collectors," a term that is defined to include anyone who "regularly collects or attempts to collect . . . debts owed or due . . . another." The question in Henson was whether a party who purchases debts originated by someone else and then seeks to collect those debts for its own account qualifies as a debt collector." Justice Gorsuch framed the issue as follows:

Everyone agrees that the term ["debt collector"] embraces the repo man – someone hired by a creditor to collect an outstanding debt. What if you purchase a debt and then try to collect it for yourself – does that make you a "debt collector" too? That 's the nub of the dispute now before us.

The district court and the U.S. Court of Appeals for the Fourth Circuit sided with defendant, holding that a party that buys defaulted debt and collects it for its own account is not a "debt collector." In doing so, however, the Fourth Circuit acknowledged that other circuit courts had come to the opposite conclusion. The U.S. Supreme Court took the case to clear up this split.

END_OF_DOCUMENT_TOKEN_TO_BE_REPLACED 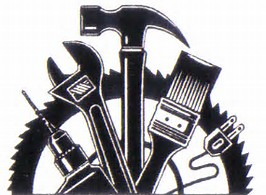 Nothing says romance like asking your girlfriend to sign a contract before you agree to help her fix up her house. Nonetheless, this is essentially the take-home message from the Appellate Division's decidedly unromantic decision in Sukenik v. Dizik.

Plaintiff claimed that while he and defendant were dating, he "spent substantial sums not only on mutual expenses such as vacations and dinners, but also on needed improvements to defendant's home and property because the home was in poor condition." He testified that he spent more than $8,000 on materials. He also "contributed his labor, which he valued at $3,000." Unfortunately for plaintiff, "the relationship ended shortly after he underwent kidney surgery on June 18, 2015, when defendant demanded he move out of her home." Two weeks later, plaintiff sued, seeking to recoup the costs of the materials and labor he contributed to the repairs on defendant's home. Defendant denied liability, arguing that the improvements plaintiff made to her home were unconditional gifts.

Plaintiff was the only witness to testify at trial. After his testimony, defendant moved for involuntary dismissal. The trial court granted the motion, and plaintiff appealed.