In 2006 and 2007, the Administrative Office of the Courts issued directives addressing jury voir dires. The directives require, among other things, that trial judges ask jurors at least three open-ended questions that are designed to elicit a narrative response to which "appropriate follow up questions [can] be asked." These questions must be "posed verbally to each juror to  elicit a verbal response." The purpose of this requirement is to "ensure that jurors verbalize their answers so the court, attorneys and litigants can better assess the jurors' attitudes and ascertain any bias or prejudice, not evident from a yes or no response, that might interfere with the ability of that juror to be impartial." The importance of the Administrative Office's directives was highlighted in two recent decision from the Appellate Division, both of which overturned verdicts rendered by jurors who were not asked at least three open-ended questions during voir dire.

In Heredia v. Piccininni, plaintiff sued after being injured in an automobile accident. Before trial, defendant stipulated liability, thus the only issue for the jury was damages. In advance of jury selection, Plaintiff submitted the following open-ended questions to be asked during voir dire:

The court did not include any of plaintiff's proposed questions in the list of questions used during voir dire. Instead, the trial judge asked each juror "multiple biographical questions required by the [Administrative Office]," including how they received their news, what their favorite television shows were, what bumper stickers they had on their cars, and how they spent their time. None of these were open-ended questions. Plaintiff's counsel used two of her six peremptory challenges during jury selection and, at the end of the process, advised the court that the jury was satisfactory.

After trial, the jury returned a verdict of no cause on plaintiff's non-economic losses (e.g., pain and suffering damages) but awarded plaintiff her economic damages, representing the full value of her outstanding medical bills. Plaintiff appealed, arguing, among other things, that the trial judge failed to ask any open-ended questions during voir dire.

END_OF_DOCUMENT_TOKEN_TO_BE_REPLACED

There is often tension between a court's need to effectively manage its docket and the overriding objective that a lawsuit be resolved on its merits and not because a party (or its counsel) misses a deadline. Courts establish deadlines. If they are ignored, can the court — as a sanction, and in the interest of managing its docket — dismiss the lawsuit with prejudice? According to the Appellate Division in a recent unpublished decision, Trezza v. Lambert-Wooley, the answer to this question is "no," unless the noncompliance was purposeful and no lesser remedy was available to the court.

In Trezza,plaintiffs sued defendants for medical malpractice. Three years after the lawsuit was filed, the court set a peremptory trial date. This was rescheduled when the court did not reach the case on the trial date. The trial did not take place on the rescheduled date or a subsequent rescheduled date, both times because defendant's designated trial counsel was unavailable. Thereafter, the Presiding Judge issued a sua sponte order scheduling trial for approximately four months later and setting forth "specific and stringent terms as to the course and conduct of the case relative to trial." The order mandated that: (1) the trial date would not be adjourned to accommodate the parties' or counsels' personal or professional schedules; (2) counsel was required  to monitor the schedules of their parties, witnesses, and experts, and if one or more were not going to be available on the trial date, arrange for a de bene esse deposition ahead of trial; and (3) if designated trial counsel was not available on the trial date, alternate counsel would have to be found, whether or not from the same firm.

Five days before the scheduled trial date, plaintiff's counsel requested that the trial be carried for four days due to the unavailability of plaintiff's liability expert, which he only learned about a few days prior to the request. Defendants' counsel consented to the request. The judge assigned to the case considered the request but, in light of the Presiding Judge's order, determined that he did not have the authority to grant the adjournment. He sent the parties to the Presiding Judge, who denied the request and directed the parties to proceed to trial. "Predicated upon the terms of the order, the age of the case, and plaintiff's expert's unavailability, the judge [then] dismissed the complaint with prejudice." Plaintiffs appealed.

END_OF_DOCUMENT_TOKEN_TO_BE_REPLACED 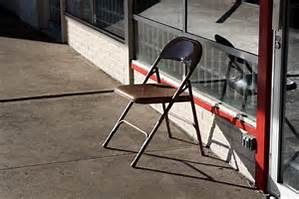 A recent trial court decision, Hernandez v. Chekenian, dealt with a minor, but significant, twist on a common scenario involving the so-called empty chair defense. This defense does not literally involve an empty chair. Rather it refers to the situation when defense counsel argues to a jury that someone else, someone not sitting at the defense table, is to blame for plaintiff's injuries. That party is usually, but not always, missing because they settled with the plaintiff.

The New Jersey model jury charges contain two settling co-defendant instructions. One is very short, and simply notifies the jury that a defendant settled and that "[t]he effect of that settlement on the parties still [t]here is of no concern to you at the present time and you should not speculate about that." The second is more detailed. It similarly notes that the jury should not "speculate as to the reasons why the plaintiff and defendant settled their dispute" and "should not be concerned about the amount, if any, that may have been paid to resolve the claim," but then instructs the jury to consider "whether or not the settling defendant was negligent and a proximate cause of the accident," and, if it does, to then "apportion fault in terms of percentages among/between the settling defendant(s) and the remaining defendant(s)."

END_OF_DOCUMENT_TOKEN_TO_BE_REPLACED 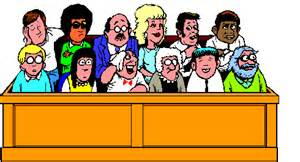 All lawyers know, or should know, that you are not allowed to have ex parte communications with a judge. A similar prohibition applies to judges, who are prohibited from having ex parte communications with jurors after the jury is empaneled. The unforgiving nature of this prohibition was at the forefront of Weber v. Patel, a recent unpublished Appellate Division decision.

Weber was a personal injury case. After hearing the evidence, the jury deliberated for approximately 90 minutes before purporting to return a 4-2 defense verdict. The judge responded: "Not a valid verdict. Five to one or six to zero. You've got to go back." The jury deliberated for a few more hours that day but went home without reaching a verdict. They returned the next morning at which point the judge had an ex parte conversation with them. According to the judge, one of the jurors asked the judge what would happen if they remained deadlocked. The judge responded that he would "worry about that in three days."

The judge told counsel about this conversation after it happened, but then confided that he would not really let the jury deliberate for three more days. Instead, he indicated that if the jury did not reach a verdict by the end of that day, he would likely find the jury "hung" and declare a mistrial. A little more than one hour after the judge spoke with the jurors, however, they returned a unanimous defense verdict.