END_OF_DOCUMENT_TOKEN_TO_BE_REPLACED

When is a sleeping dog a dangerous condition? This is the burning question that the Appellate Division answered in Parella v. Compeau.

In Parella, plaintiff attended Christmas dinner at a friend's house along with approximately 20 other guests. After the second course, she got up from her chair to put her dish in the kitchen sink and check on her child who was in an another room. To do so, she had to walk behind several seated guests. She did not have to ask anyone to move until she got to the last guest in the row. That guest moved her chair in and plaintiff made a move familiar to anyone who has been to a crowded holiday dinner — she "lifted [her] glass and plate, turned her back to the wall and shuffled her feet to pass behind [the] chair." "As she cleared the chair, plaintiff turned right to enter the hall toward the kitchen, and fell."

What caused her fall was a "tan, fairly large dog" that was "lying in the hallway, past the threshold of the dining room." The dog did not belong to defendants, the owners of the house and the hosts of the party, and was one of two dogs in the house for the party. When plaintiff fell, the wine glass she was holding broke, cutting her finger and severing a tendon. Plaintiff sued, alleging that defendants failed to warn of her of a dangerous condition — the dog — in their home. The trial court granted summary judgment to defendants and plaintiff appealed.

END_OF_DOCUMENT_TOKEN_TO_BE_REPLACED 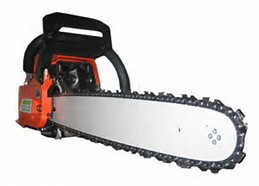 Turns out, a lot could go wrong. But, if it does, the neighbor whose tree limbs inspired you to climb the ladder, chainsaw in hand, probably won't be responsible, at least according to the holding in Corbisiero v. Schlatter.

Apparently unwilling to wait for defendant to get to it, plaintiff spoke to her landlord about cutting the branches herself. Her landlord told her that "if [the tree limbs] grew over his property . . . we [can] cut them down." The landlord also told plaintiff that he would reimburse her for the cost of a chainsaw to be used to cut down the limbs. It is unclear if the landlord was suggesting that plaintiff both buy the chainsaw and cut the limbs down (as opposed to buying the chainsaw and having someone else do it), but plaintiff nonetheless chose to take matters into her own hands and do both.