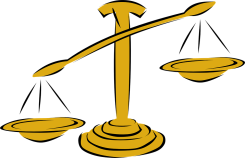 In a previous post, I wrote about a case where one of the litigants recognized one of the jurors as someone who not only knew him but did not like him because of a run in several years earlier. The problem in that case was that plaintiff did not raise this issue until 29 days after the jury rendered its verdict (you can probably guess how the jury ruled). In a recent decision, Sengupta v. Taylor, a similar issue arose, but was dealt with in a more efficient, but also improper, manner.

In Sengupta, plaintiffs sued several defendants for medical malpractice, including the doctor who she alleged committed malpractice and the hospital where that doctor was employed. (Plaintiffs were a husband and wife, with the husband asserting a loss of consortium claim.) All defendants other than the doctor were dismissed prior to trial.

During jury selection, after plaintiffs exhausted all of their peremptory challenges, a prospective juror indicated that she was “hesitant” to serve because of her “relationship with insurance carriers.” Specifically, she was a lawyer who represented Princeton Insurance Company in coverage cases. While she believed she could be fair, she also acknowledged that she would have an “allegiance” to her client, Princeton Insurance Company.

During sidebar, defendant’s counsel advised the court and plaintiffs’ counsel that defendant was insured by, you guessed it, Princeton Insurance Company.  Plaintiffs’s counsel immediately challenged the potential juror, arguing that even though she did not know that Princeton Insurance Company was defendant’s insurer, “there was a real danger that it could come out during her jury service and predicted that it was a potential time bomb.” The court overruled the challenge, holding that there were no coverage issues in the case and there was, therefore, “no way she could find out about it.” Thereafter, the potential juror was seated as juror number seven.

The next day, plaintiffs called their first witness. At sidebar, plaintiff’s counsel noted that a representative from the insurance company was in the courtroom observing the proceedings and had been since the day before when the parties delivered opening statements. Later, plaintiffs’ counsel noted that juror number seven appeared to recognize the representative. Although defendant’s counsel had no objection to removing juror number seven, the court refused to “entertain the issue,” and instead proposed that counsel stipulate that juror number seven would only serve as an alternate.

On the third day, juror number seven sent a note asking to speak to the court before the trial continued. In front of the judge and counsel, but not the other jurors, she informed that court that she had recognized the insurance company’s representative and knew that she had a conflict of interest. When asked whether she had discussed anything with the other jurors, juror number seven responded: “absolutely not.”

Plaintiffs’ counsel moved for a mistrial, but the court denied the motion. The court acknowledged that it could conduct a “taint hearing,” but did not believe that the issue had “risen to that level” because juror number seven, a lawyer and officer of the court, could be taken at her word that she had not spoke to the other jurors. Instead, the court excused juror number seven, telling the jury that it had nothing to do with the merits of the case and they should not consider it “in any way, shape, or form.”

The trial continued for two weeks, resulting in a no cause verdict in defendant’s favor. Plaintiffs move for a new trial, but that motion was denied. Plaintiffs then appealed.

The Appellate Division reversed. It began its decision with the well-settled principle that litigants are entitled to a fair and impartial trial where decisions are “based solely on legal evidence produced before [the court] and entirely free from the taint of extraneous considerations and influences.” The jury selection process is designed to further this goal. To this end, the Appellate Division noted that, while a trial court’s decisions about jury selection are entitled to substantial deference, “[i]f a party’s reasonable apprehension of unfairness can be avoided without injuring the rights of others, a sound exercise of judgment favors excusing a juror.”

By failing to further sufficiently question juror number 7 after she “admitted allegiance to her client,” and then failing to probe further when she identified the conflict, including by determining “whether she had inadvertently imparted any information to the other jurors,” the court “could not properly determine whether additional voir dire was necessary to assure that impermissible tainting of the other jurors did not occur.”