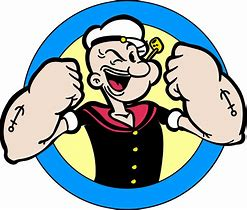 For lawyers, debt collection can be a trap for the unwary. The Fair Debt Collection Practices Act ("FDCPA") governs debt collection by both attorneys and non-attorneys. It generally prohibits debt collectors from using deceptive, abusive, or unfair practices to collect debts. While that sounds straightforward, it is often difficult to figure out whether you are even a debt collector governed by the FDCPA, much less whether what you are trying to collect is a debt under the FDCPA and whether what you are doing to collect that debt is deceptive. And the consequences for running afoul of the FDCPA — statutory damages and attorney's fees — can be significant.

A recent decision from the U.S. Court of Appeals for the Third Circuit, Tepper v. Amos Financial, LLC, offered a good primer on one of these tricky issues — whether a party that buys debt and seeks to collect that debt for its own account qualifies as a debt collector under the FDCPA — but the more interesting aspect of the opinion is the court's frequent references to Popeye (the sailor man, not the fast food restaurant).

The opinion began: "Many would gladly pay Tuesday for a hamburger today." This, of course, is a reference to Wimpy's famous tag-line in Popeye. The court then described the basic purpose of the FDCPA and introduced the issue in the case as follows:

The Act does not apply . . . to all entities who collect debts; only those whose principal purpose is the collection of any debts, and those who regularly collect debts owed another are subject to its proscriptions. Those entities whose principal place business is to collect the defaulted debts they purchase seek to avoid the Act's reach. We believe such an entity is what it is – a debt collector. [Emphasis added.] If so, the Act applies.

Understandably, the court was not willing to go so far as have the defendant declare "I yam what I yam, and that's all that i yam," but you get the point. Popeye references continued throughout the opinion, so keep reading.

In Tepper, plaintiffs entered into a home equity line of credit with a bank. The line of credit was secured by a mortgage on plaintiffs' home. Some time later, however, the bank failed and the FDIC was appointed as receiver. Plaintiffs, who had timely paid their mortgage up to that point, were notified of the bank being closed and the FDIC's appointment. They sent a mortgage payment to the FDIC but the check was neither cashed nor returned. Rather than make additional payments, plaintiffs decided to wait until the FDIC sold their loan and they received a statement from the new owner.

But this never happened. Instead, a few months after the bank was closed, the FDIC declared plaintiffs' loan to be in default and sold it to defendant, which bought debts entered into by third parties and attempted to collect them. (In this regard, defendant was not a debt collector in the common sense — i.e., someone hired to collect someone else's debt, usually keeping a portion of the recovery as its commission and returning the rest to the debt holder — it was an entity that bought the debt and tried to collect on that debt for its own account.) Defendant mailed three letters to plaintiffs demanding lump-sum payments, and then sent a notice demanding a higher amount and stating that it intended to foreclose on plaintiffs' home. Plaintiffs contacted defendant to try to resolve the situation, but were told that their home "belonged to [defendant], and [were] warned that they could not stop its foreclosure." Finally, an attorney acting on defendant's behalf sent plaintiffs an email attempting to collect the debt, at an even higher amount.

Plaintiffs sued, alleging that defendant violated the FDCPA. The question before the district court was whether defendant was a debt collector. It noted that "there are two ways for a plaintiff to prove a defendant is a debt collector: either (1) its 'principal purpose . . . is the collection of any debts,' or (2) it 'regularly collects or attempts to collect . . . debts owed or due . . . another.'" Entities, like defendant in Tepper, who purchase debt and then seek to collect on that debt for their own account, cannot qualify as debt collectors under the second definition because that definition is limited to those who regularly collect debts due to third parties. But, they can fit within the first definition, which regulates "the collection of any debts," not just "debts owed or due . . . another." In Tepper, the district court held that defendant fit within this definition and was a debt collector. It further held that defendant's actions violated the FDCPA by: providing misleading and incomplete information to plaintiffs about the amount and character of the debt; using an increased interest rate, instead of the credit agreement's procedures, to calculate the amount due; and telling plaintiffs that defendant owned plaintiffs' home and there was nothing plaintiffs' could do to stop the foreclosure.

On appeal, defendant claimed that the district court erred when it held that defendant was a debt collector. The Third Circuit disagreed, and did so by referring back to Popeye:

[Defendant's] admitted sole business is collecting debts it has purchased. It uses the mails and wires for its business. It can be no plainer that [defendant] "uses any instrumentality of interstate commerce or the mails in any business the principal purposes of which is the collection of any debts." "Any debts" does not distinguish to whom the debt is owed. And it stands in contrast to "debts owed or due . . . another," which limits only the "regularly collects" definition. Asking if [defendant] is a debt collector is thus akin to asking if Popeye is a sailor. He's no cowboy.

The court also rejected defendant's argument that, because it meets the FDCPA's definition of a creditor — the entity "to whom the debt is owed" — it is not a debt collector. In other words, defendant argued that one cannot be both a creditor and a debt collector. The Third  Circuit disagreed, holding that an entity that satisfies both definitions "is within the [FDCPA's] reach."

In closing, the court held: "In sum, Amos may be one tough gazookus when it attempts to collect the defaulted debts it has purchased, but when its conduct crosses the lines prescribed by the FDCPA, it opens itself up to the [FDCPA's] penalties." Click here (and forward to about the 1 minute mark) to make the Popeye/"one tough gazookus" connection.)