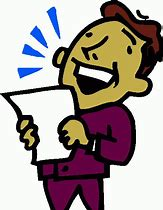 There is a lawyer joke in here somewhere about lawyers suing to get more time to speak or how someone should sue to force lawyers to talk less. Potential jokes aside, the issue in Feld v. City of Orange was an interesting one. In Feld, plaintiff challenged a municipal ordinance that reduced, from ten minutes to five minutes, the time members of the public could speak on certain matters at city council hearings. Plaintiff claimed that this ordinance violated his First Amendment right to free speech. Spoiler Alert: He lost. But the issue and the decision are nonetheless interesting.

Feld was the latest chapter in litigation that has been raging between plaintiff, a lawyer, acting on behalf of himself and his parents' business, and the City of Orange for years. (In a prior decision, the Appellate Division noted that plaintiff considered himself a "zealous gadfly" and a "radical barrister.") At some point during this long-running battle, the city adopted an ordinance "that reduced the time from ten minutes to five that individual members of the public could speak at City Council meetings on general  issues, agenda items or second readings of ordinances before adoption." The city council claimed the change was necessary because "council meetings can extend late into the evening or early into the next day" and this "discourages, if not precludes[,] a fair opportunity to be heard by other members of the public." The city council further claimed that, "without appropriate and rational limitations, the rights of all public speakers [would be] curtailed and undermined." The city council also noted that other municipalities limited the time for speaking during public meetings to five minutes.

The underlying issue in Feld involved plaintiff's objection to the city council's adoption of a resolution that allowed the mayor to sign a lease and option to buy a building owned by the YWCA of Orange, which was in bankruptcy. He challenged the resolution when it was before the city council, and, after it passed, filed a 257 paragraph complaint in lieu of prerogative writs seeking to have it invalidated. As part of this complaint, he also challenged the rule reducing the amount of time members of the public could speak at city council hearings. After filing his complaint, plaintiff filed an order to show seeking, among other things, to restrain the city from enforcing the five-minute rule while the lawsuit was pending. The trial court heard oral argument on the order to show cause, and took testimony from a witness on behalf of the city, who testified that the rule was necessary to "administer the Council meetings more efficiently," and that it was an attempt to "make sure that all of the comments are heard and that everyone gets a chance to talk."

The trial court denied the order to show cause and held that the rule was "constitutional" and "valid." It held that it was "totally neutral," because it "afforded the same amount of time to people who expressed opinions on both sides of an issue." The trial court also held that the city had established a compelling state interest for the rule. If meetings lasted too long, the trial court reasoned, it might "discourage qualified people from serving on City Council and cause members of the public to lose interest in attending the meetings." The trial court ultimately concluded that the time limit "might actually encourage more speech than it would discourage." Plaintiff appealed.

The Appellate Division affirmed the trial court. It observed that First Amendment rights are not limitless. Local governments can "place reasonable restrictions on the time, place, and manner of protected speech and expressive activity in a public forum." To be constitutional, these restrictions must be: "justified without reference to the content of the regulated speech; narrowly tailored to serve a significant governmental interest; and [must] leave open ample alternative channels for communication of the information." The ordinance in Feld passed all of these tests. It limited the time individuals could speak, without regulating the content of their speech. It was narrowly tailored to achieve the city's significant interest "in allowing greater participation by more members of the public." And it did not "foreclose other avenues of communication," because it did not limit the written communications individuals could have with the council. Ultimately, the Appellate Division held that the rule "was in the best interest of all those wishing to address the Council and that without appropriate and rational limitations, the rights of all public speakers [would be] curtailed and undermined."