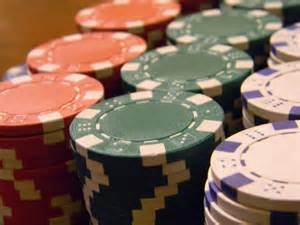 The running battle between the Borgata and world renowned poker player Phil Ivey (among others) continues, and, fortunately, continues to be interesting. As I wrote about here and here, the Borgata sued Ivey and an associate, Cheng Yin Sun, after the two men won more than $9.6 million playing Baccarat at the casino. The Borgata claimed that the two men used an impermissible "edge sorting" scheme  to win the money, and therefore breached their implicit contract with the casino to abide by the terms of the Casino Control Act. The scheme relied, in part on an alleged defect in the playing cards, which Ivey and Sun knew about and exploited. The Third Circuit described it as follows:

The scheme is called "edge sorting," where Sun would identify minute asymmetries on the repeating diamond pattern on the backs of the playing cards to identify certain cards' values, and would have the dealer turn those strategically important cards so that they could be distinguished from all other cards in the deck. Ivey and Sun would then be able to see the leading edge of the first card in the shoe before it was dealt, giving them 'first card knowledge,' and Ivey would bet accordingly.

The Borgata successfully moved for summary judgment against Ivey and Sun, and was awarded more than $10 million in damages.

In addition to suing the players, the casino also sued the manufacturer of the cards that were used in the edge-sorting scheme. Both moved for summary judgment, and both motions were initially denied without prejudice. After the district court's decision on the casino's summary judgment motion against Ivey and Sun, both renewed their motions. The district court again denied both, but in doing so, threw cold water on the casino's claims against the manufacturer, including holding that the most the casino could recover against the manufacturer was $26.88, the cost of the allegedly defective cards.

The Borgata's breach of contract and negligence claims against the manufacturer all arose out of the same basic claim. The casino alleged that the manufacturer provided "defective and asymmetrical cards that were unsuitable for Baccarat and non-compliant with the requirements set forth by the [Casino Control Act]." It sought damages from the manufacturer equal to the more than $9 million it lost to Ivey and his associate.

The district court acknowledged that the cards provided by the manufacturer were "not perfectly symmetrical" and that this imperfection was necessary for Ivey and Sun to accomplish their edge-sorting scheme. But, it also noted that the imperfection was not, by itself, sufficient to pull off the scheme. Instead, it was just one part of the plan, along with the accommodations requested by Ivey and agreed to by the casino — a private pit, a dealer who spoke Mandarin, permission for Sun to sit with Ivey, one 8-deck shoe, and an automatic shuffling device. This ultimately doomed the Borgata's negligence claim. The district court held that, even assuming the cards were defective, the Borgata could not show that "the [ ] cards standing alone were the precipitating cause of the scheme." As the district court held:

The court also held that the Borgata could not prove that Ivey and his Sun's actions were foreseeable. Again, it put the blame for this failure on the Borgata's accommodations:

While the potential for marking could be said, in the general sense, to be a foreseeable consequence of the asymmetrical cards, what is not foreseeable are the extensive and unusual accommodations extended by the Borgata to Ivey and Sun.  Foreseeability has it limits and it seems to this Court unreasonable to hold that [the manufacturer] should anticipate Ivey’s creative, even ingenious, exploitation of the minute differences in its mass produced playing cards, as well as Borgata’s unwitting facilitation of the scheme, when so many are used without incident and discarded without harm on a no doubt daily basis.

Failing to show either causation or foreseeability is enough to kill any negligence claim. Here, the district court held that the Borgata could prove neither.

Finally, although the district court held that fact issues precluded it from granting either parties' motion on the Borgata's breach of contract claims, it observed that, even if the casino could prove liability, "the best remedy Borgata [could] obtain . . . is the refund of its payments for the cards in the amount of $26.88." Just as it did with the Borgata's breach of contract claims against Ivey and Sun, the district court held that the remedy for the manufacturer's breach of its contract with the Borgata would be to restore the parties "to their financial positions as if they had never contracted" with each other. For the Borgata, that meant returning the $26.88 it paid for the cards.

After arriving at this conclusion, the district court candidly questioned "whether, under such circumstances, the game is worth the candle." Therefore, it provided the parties with three options: (1) proceed to trial; (2) stay their claims and allow Ivey and Sun to appeal the judgment entered against them; or (3) settle their claims. The district court gave the parties 15 days to make a decision. Not surprisingly, a few days after the order was entered, counsel for the parties notified the district court that they had begun discussing settlement.

[Note: I did not know the meaning of the expression "the game is worth the candle." This is how dictionary.com explained it: "What we would get from this undertaking is not worth the effort we would have to put into it. The saying alludes to a game of cards in which the stakes are smaller than the cost of burning a candle for light by which to play."]