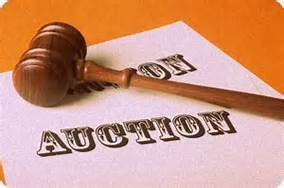 Sometimes you read decisions and you don't understand how the court arrived at its conclusion based on the facts of the case. Then other times, the conclusion just makes sense. These are the decisions you read and think to yourself, "of course you can't do that." The Appellate Division's opinion in 5 Perry Street, LLC v. Southwind Properties, LLC, is one of these cases.

In Perry Street, defendants were a limited liability corporation and the sole member of that corporation. The corporate defendant owned property in Cape May that it operated as a bed and breakfast.Two "non-institutional lenders" held mortgages on the property. After they foreclosed and obtained a final judgment of foreclosure, a sheriff's sale was scheduled. The corporate defendant obtained four adjournments of the sheriff's sale and attempted to refinance the property, but was "unable to consummate a transaction" before the sheriff's sale.

Instead, the day before the sheriff's sale, the individual defendant filed for bankruptcy. She then transferred the underlying property from the corporate defendant to herself. The consideration for the transfer was $1 and the "Balance of outstanding mortgages $80,000.00." The $1 consideration was typed into the deed, but the individual defendant hand wrote the part about the outstanding mortgages. She claimed that her intent was to "assume personal liability for the mortgages," but the Appellate Division noted that the balance of the mortgages at the time was almost $250,000, not $80,000, and that other documents she signed reflected that the only consideration was $1. She "filed the deed the next day, an hour and a half before the Sheriff's sale."

There was some dispute about whether defendants notified the sheriff or the lenders about this transfer. Regardless, the sheriff's sale went forward and plaintiff was the winning bidder. The individual defendant filed a motion in bankruptcy court to void the sheriff's sale, but it was denied. Plaintiff's complaint to quiet title followed. Plaintiff argued that the transfer must be voided because it was fraudulent. The individual defendant countered that the transfer was not motivated by an intent to defraud plaintiff, but rather by her need to "rehabilitate the LLC and satisfy the outstanding mortgages." To that end, she claimed that she had arranged for financing that would allow her to satisfy all of the secured claims against the property.

The trial court sided with plaintiff, holding that the transfer "smack[ed] of fraud to such a degree as warrants summary disposition." It held that conveyance was intended to "secure the protection of the bankruptcy stay and delay the sheriff's sale," and rejected the individual defendant's claim that she was assuming the corporation's debt, "noting that the conveyance was not made with the [lenders'] notice or consent, and that the conveyance was an act of default as to each mortgage." Defendants appealed.

On appeal, defendants argued that plaintiff lacked standing to challenge the transfer and that, even if plaintiff had standing, the transfer was not fraudulent because the individual defendant lacked the requisite intent to defraud. The Appellate Division rejected both arguments.

First, it held that plaintiff, upon receipt of the sheriff's deed, stood in the shoes of the judgment creditors on the property for the purpose of challenging the transfer.

She admitted the transfer was intended to foil the Sheriff's sale.  She put the Property out of reach of her creditors, at least until she was able to secure refinancing and unilaterally decided to make good on the debts of the denuded LLC.  Yet, the Uniform Fraudulent Transfer Act is intended to prevent just that kind of maneuver.

(Note: Not that I needed to look it up, but for those of you who might not know what "denuded" means, it means "to strip of all covering or surface layers," "to lay bare by erosion," or "to strip (land) of forests.") Accordingly, the Appellate Division affirmed the trial court's decision, which voided the transfer from the corporate defendant to the individual defendant and confirmed that plaintiff had good title to the property.