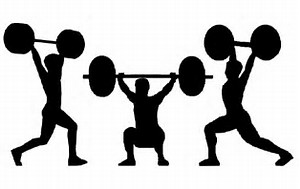 In Walters, by contrast, plaintiff was injured when he slipped on the steps leading from an indoor pool at a Newark, New Jersey YMCA. Relying on Stelluti, defendant argued that plaintiff's claims were barred by the broad waiver contained in his membership agreement. The Appellate Division disagreed. It held that, unlike Stelluti, the type of accident at issue in Walters — slipping and falling while walking on stairs — "could have occurred in any business setting" and the "inherently risky nature of defendant's activities as a physical fitness club was immaterial." Therefore, the release was unenforceable as against public policy because it would have shielded defendant from all claims by any individual on its premises, regardless of the cause.

In Crossing-Lyons, plaintiff was injured when she tripped over a weight belt on her way to meet a trainer. Another member had left the belt on the floor "for an unknown amount of time." The trainer knew about it, but did not remove it, "despite [defendant's] policy to keep the place 'hospital clean' by picking up items that members leave on the . . . floor." Plaintiff sued, but the trial court dismissed the complaint, holding that, under Stelluti, plaintiff's claims were barred by the waiver in her membership agreement. Plaintiff appealed.

The Appellate Division reversed. It held that plaintiff's case was more like Walters than Stelluti. Like the plaintiff in Walters, plaintiff in Crossing-Lyons was not "using physical fitness equipment or engaging in strenuous exercises involving an inherent risk of injury." Rather, she "injured herself while tripping over an item left on the floor, [an] incident[] that could have occurred in any business setting." As such, allowing defendant to shield itself from liability for plaintiff's injuries would have effectively allowed it to shield itself from all liability for any injuries at the gym. The Appellate Division held that this would be contrary to public policy because it would "eviscerate[] the common law duty of care that the fitness center owes to its invitees."

So, the question for potential plaintiffs pondering whether to sue their gyms is — are you more like Stelluti or are you more like Walters? If the former, you are probably out of luck. If the latter, you will survive summary judgment but will still have to prove that the gym breached the duty it owed to you.