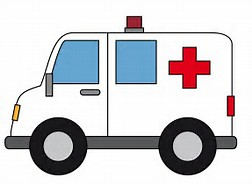 New Jersey's Consumer Fraud Act ("CFA") is generally recognized as one of the strongest consumer protection laws in the country. It prohibits "any unconscionable commercial practice, deception, fraud, false pretense, false promise or misrepresentation" that leads to an "ascertainable loss." But, certain "learned professionals" — doctors, lawyers, hospitals, etc. — are insulated from liability under the CFA. In Atlantic Ambulance Corporation v. Cullum, the Appellate Division added ambulance service providers to the list of "learned professionals" who are not subject to the CFA.

In Atlantic Ambulance, defendants received services from plaintiff, an ambulance service provider. After they failed to pay the bills for those services, plaintiff sued. In response, defendants filed a counterclaim alleging that they were overbilled by plaintiff in violation of the CFA. Defendants sought to bring their counterclaim as a class action on behalf of themselves and all other similarly situated people who were allegedly overcharged during a six-year period.

After five years of discovery, defendants moved for class certification. The trial court denied the motion for a number of reasons, only one of which is relevant for this post. Plaintiff argued that defendants could not maintain a cause of action under the CFA because they did not pay their bills, therefore they had not suffered any "ascertainable loss." The trial court agreed, expressly rejecting defendants' argument that an excessive bill from plaintiff, by itself, was enough to prove an ascertainable loss. Defendants appealed.

The Appellate Division rejected the trial court's holding regarding "ascertainable loss." In doing so, it relied upon Thiedmann v. Mercedes-Benz USA, LLC, in which the New Jersey Supreme Court held as follows:

The certainty implicit in the concept of an "ascertainable" loss is that it is quantifiable or measurable.  Moreover, it need not yet have been experienced as an out-of-pocket loss to the plaintiff.  An "estimate of  damages,  calculated within a reasonable degree of certainty" will suffice to demonstrate an ascertainable loss.

Thus, defendants were not required to actually pay the allegedly excessive costs for the services plaintiff provided before they could sue under the CFA.

Although it disagreed with the trial court on this issue, the Appellate Division nonetheless affirmed the denial of class certification. It did so, however, for "reasons other than those expressed by the motion judge," noting that the Appellate Division "affirm[s] or reverse[s] judgments  and orders, not reasons," therefore "[a] correct result, even if grounded on an erroneous basis in fact or law, will not be overturned on appeal."

The Appellate Division held that defendants could not sue under the CFA because ambulance service providers were covered by the "learned professional" exception to the CFA. This exception was first recognized by the New Jersey Supreme Court in 2004, when it held that physicians, so long as they were operating in their professional capacities, were "insulated from the CFA."  The Supreme Court reasoned that physicians were subject to "comprehensive regulation by the relevant regulatory bodies," therefore they were not "ordinary commercial seller of goods or services" at whom the CFA was directed. Since then, New Jersey courts have extended the "learned professional" exception to, among others, nursing homes, hospitals, insurance brokers (as semi-professionals), and lawyers. When the Appellate Division extended the exception to hospitals, it noted that the "undisputed goal of the CFA [was] to protect consumers." There would be no additional benefit gained by consumers if hospital services were brought "within the purview of the Consumer Fraud Act when those same services fall within the purview of the Department of Health."

In Atlantic Ambulance, the Appellate Division applied this same rationale when it extended the "learned professional" exception to ambulance service providers. The Appellate Division noted that ambulance service providers were supervised by the Department of Health, which promulgates regulations that "establish stringent licensure requirements" and define the providers' "operational requirements." The Department of Health is also empowered to take enforcement action against providers, including "revocation of licensure." Thus, whether "labeled 'professionals' or 'semi-professionals,'" the Department of Health's "rigorous regulation" of ambulance service providers insulates them from liability under the CFA. The Appellate Division held that holding otherwise would "present a situation with a real possibility of conflicting determinations, rulings and regulations affecting the identical subject matter."