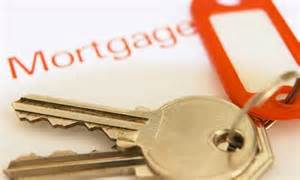 Although foreclosures have not been in the news as much lately as they were several months ago, New Jersey courts still issue at least one or two decisions per week involving residential foreclosures. While I have written about some of the more interesting ones in the past (here, here, and here), most now follow a familiar pattern – final judgment is entered against a borrower, the borrower moves to vacate the judgment arguing that the lender lacks standing, and (almost always) the court finds that the lender had standing and denies the motion. Every now and again, however, a court addresses an interesting issue worth writing about. The Law Division's decision in Deutsche Bank National Trust Company v. Hochmeyer is one of these cases.

In Hochmeyer, defendant entered into a mortgage with a maturity date of June 1, 2036 that was recorded on October 25, 2007. Defendant defaulted on December 1, 2006. Remember these dates. They will be important later on.

In Hochmeyer, the parties agreed that calculating the limitations period using the second or third options would yield dates many years in the future — thirty six years from the date the mortgage was recorded would be October 25, 2043, and twenty years from the date of default would be December 1, 2026. They disagreed, however, over the calculation under the first option. The difference was important because, under defendant's approach, the date not only would have been the earliest one, and thus the operative one, but it would have expired before the complaint was filed rendering the complaint untimely. Plaintiff obviously disagreed with defendant's approach. For the reasons set forth below, the court sided with plaintiff.

In Hochmeyer, Plaintiff first filed a foreclosure complaint against defendant on August 23, 2007. In that complaint, plaintiff alleged that, because of defendant's default, it was accelerating the note and demanding full payment immediately. Defendant argued that, by doing so, plaintiff changed the maturity date under the note from June 1, 2036 to August 23, 2007, the date of the complaint. In support of this argument, Defendant relied upon Black's Law Dictionary, which defines acceleration as "the advancing of a loan agreement's maturity date so that payment of the entire debt is due immediately." Although it is somewhat unclear from the opinion, it appears that the initial complaint was dismissed and a second foreclosure complaint was filed on March 17, 2016. Defendant argued that this second complaint was untimely because it was filed more than six years after what defendant argued was the new, advanced maturity date of the loan.

The court rejected this argument, holding that it was inconsistent with both the letter and purpose of the relevant law, N.J.S.A. 2A:50-56.1(a), which dictates that the statute of limitations for a foreclosure lawsuit runs from "the date fixed for the making of the last payment or the maturity date set forth in the mortgage or the note" (emphasis added). The statute does not reference acceleration and "says nothing of the possibility that [the deadline for the limitation period] can be shortened by a demand for full payment." By contrast, a separate statute, N.J.S.A. 12A:3-118(a), provides that the statute of limitations to sue on a note, as opposed to foreclosing on the mortgage that might secure that note,  expires six years from "the due date or dates stated in the note or, if a due date is accelerated within six years after the accelerated due date" (emphasis added). Thus, when the legislature wanted to account for acceleration, it knew how to do so. It did not do so in connection with foreclosure lawsuits, therefore defendant's argument was contrary to the plain language of the relevant law. (The court recognized the interesting result presented by these two statutes, whereby a lender that accelerates a note faces different statutes of limitation to sue on the note and to foreclose on the property securing the note.)

Defendant's argument also ran counter to the purpose of the statute, which was "to address problems caused by the presence on the record of residential mortgages which have been paid or which are otherwise unenforceable, as these mortgages constitute clouds on title which may render real property titles unmarketable and delay real estate transactions." By tying the running of the statute of limitations to the maturity date on the face of the mortgage, title examiners could quickly and confidently determine when that limitation period expired for the purpose of determining whether clear title can be conveyed. "If acceleration could alter the maturity date . . . then recorded mortgages would provide no guidance to title examiners, and the purpose of the statute would be frustrated."

For these reasons, the trial court: (1) rejected defendant's argument about the impact of acceleration on the maturity date of the underlying loan; (2) held that the earliest date that a foreclosure action could be time barred would be December 1, 2026, twenty years after the date of default (six years from the un-accelerated maturity date of June 1, 2036 would be June 1, 2042); and (3) ruled that plaintiff's complaint was timely.