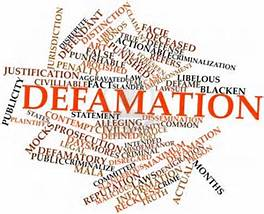 Is it defamatory for a book to report that you are the child of a suspected Nazi? This was the question recently addressed by the U.S. Court of Appeals for the Third Circuit in Soobzokov v. Lichtblau, an unpublished decision.

In Soobzokov, plaintiff sued the author and publisher of a book entitled, "The Nazis Next Door: How America Became a Safe Haven for Hitler's Men." In the book, the author argued that plaintiff's father was one of several former Nazis brought to the United States after World War II for "strategic purposes."  Among other things, the book described the challenges faced by the children of alleged Nazis, including plaintiff. When writing the book, the author spent nearly seven days with plaintiff and later communicated with him via email and telephone. According to the Third Circuit, plaintiff "makes a handful of appearances in the book — all of which emphasize his unwavering belief in his father's innocence."

After the book was published, plaintiff sued for defamation. His claim took two forms. First, he alleged that three references to him in the book were defamatory: a section that described his belief in his father's innocence as "an obsession;" a section that described his "determination to revive the investigation into his father's brutal murder — which had gone unsolved for nearly 25 years;" and a mention of him in the "Acknowledgements section, which plaintiff claimed could suggest that he assisted in the writing of the book, which could "lend[] [him] to be considered a traitor to his father before the entire world." Second, plaintiff alleged that these statements, even if they were not defamatory in their own right, were defamatory when combined with the negative comments about his father. The district court rejected both aspects of plaintiff's defamation claim and dismissed the complaint. Plaintiff appealed.

The Third Circuit affirmed the trial court's decision. First, it agreed with the district court that the statements were not defamatory on their own. For example, the court endorsed the district court's conclusion that the statement about plaintiff's belief in his father's innocence was accurate and "an understandable pattern of behavior seen in first-generation children of accused Nazis who believe in their fathers and their innocence." The same was true of the statement about plaintiff's efforts to press authorities to solve his father's murder, which the district court described as "evidenc[ing] a son's devotion to his father and desire to obtain answers about his murder." The Third Circuit ultimately concluded that none of the statements were false or injurious to plaintiff's reputation, nor would they expose him to contempt or ridicule, therefore they were not defamatory.

It's one thing to call a deceased person a Nazi; it's a very different thing to call a living person the child of a Nazi. Assuming arguendo the falsity of [the author's] book, we now consider whether falsely labeling someone the son of a Nazi states a claim under New Jersey law.

To arrive at this conclusion, the Third Circuit relied on a decision from the New Jersey Supreme Court, Romaine v. Kallinger, in which the court considered whether someone could be defamed by association. In that case, plaintiffs sued for defamation after a book "loosely linked [them] with 'a junkie they both knew who was doing time in prison.'" In that case, the New Jersey Supreme Court held that "absent exceptional circumstances, the mere allegation that plaintiff knows a criminal is not defamatory as a matter of law." In its decision, the New Jersey Supreme Court cited a New York case, involving a plaintiff who was alleged to be related to a Mafia leader, to help define the boundaries of its decision: "'mere imputation of a family relationship with a Mafia leader' was not defamatory, but the 'characterization of plaintiff as a political contributor with alleged mob ties' could be defamatory."

Based on Romaine, the Third Circuit predicted that the New Jersey Supreme Court would reject plaintiff's defamation by relation claim. It observed that New Jersey law appeared to require "that the offending statement do more than merely associate the plaintiff with a disreputable individual; it must indicate that the plaintiff participated in disreputable behavior." Because the book in Soobzokov did not allege that plaintiff was involved in Nazi activities, it did not meet this standard.