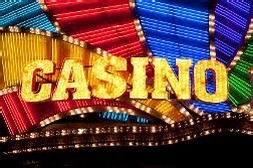 If you have ever watched ESPN's coverage of the World Series of Poker then you have probably heard of Phil Ivey. For the uninitiated, he is, according to Wikipedia, "an American professional poker player who has won ten World Series of Poker bracelets,  one World Poker Tour title and appeared at nine World Poker Tour final tables . . . [and is] . . . regarded by numerous poker observers and contemporaries as the best all-around player in the world." He is also a party in an interesting lawsuit — Marina District Development Co., LLC v. Ivey — in which it was alleged that he "marked cards" during several Baccarat binges at the Borgata in Atlantic City, during which he won more than $9.6 million.

Before turning to the facts and law at issue in the Borgata case, a few comments on the opinion itself. First, Judge Hillman began his opinion by quoting from a relatively obscure U2 song, "Every Breaking Wave." The lyrics are appropriate — "Every breaking wave on the shore/Tells the next one 'there'll be one more'/Every gambler knows that to lose/Is what you're really there for" — but I thought it was an interesting choice given all the other possible gambling quotes from music and popular culture that were available to him. (I went for a much more obvious choice in my post the other day.) Second, the opinion begins with a succint explanation of gambling: noting that it is illegal, likely because of a "Judeo-Christian doctrine [] that gambling is an immoral vice;" but, "like most vices," states "allow, regulate, and tax some versions of it" under the theory that "[s]tate sanctioned gambling will be cleansed of its most unsavory elements and the games will be conducted under a defined set of polished rules overseen by an administrative body;" and finally that, under these "polished rules," the house always wins, "something every gambler knows."

With this history in mind, the court turned to the facts of the case. Defendants were Ivey and Cheng Yin Sun, "high stakes' professional gamblers." In April 2012, Ivey contacted Borgata to set up a visit to play high-stakes Baccarat. He made five requests in advance of his visit: (1) a private "pit"; (2) a dealer who spoke Mandarin; (3) a guest (Sun) to sit with him at the table; (4) one 8-deck shoe of "purple Gemaco Borgata playing cards" to be used during the entire session; and (5) an automatic card shuffler to be used instead of a hand shuffle. Borgata agreed and Ivey wired a "front money" deposit of $1 million to the casino. After this initial visit, in which Ivey won $2.4 million, he and Sun came back several more times and played pursuant to the same conditions.

As it turns out, the requests were part of what Borgata later called an "edge sorting scam." Apparently, Ivey and Sun knew that the specific playing cards they requested were not cut symmetrically by the manufacturer. This led to the geometrical pattern on the back of the cards being slightly different on one edge than the other. As each card was dealt, Sun would tell the dealer, in Mandarin, if it was a "good card" or a "bad card." He then requested that any "good card" be turned one way when placed down on the table, and any "bad card" be turned the other way. As it turns out the purpose of this system was to "turn" all of the cards with values of 6, 7, 8, and 9 in a certain direction. Because of the defect in the geometric pattern on the cards, Ivey and Sun would then know when these cards came up later during their play (the reason for the automatic shuffler was to ensure that the cards were not "turned" back by the dealer during a manual shuffle). I don't know the first thing about Baccarat, but apparently, knowing when these cards are being played eliminates the usual 1% house edge and gives the player an advantage of between 5.5% and 21.5% depending on the bet. Also, it is apparently not unusual for Baccarat players to have superstitions about the game, so the request for very specific conditions ahead of the session, and the request to turn some cards and not others during the session, were not immediately suspect.

As a result of these tactics, Ivey and Sun won more than $9.6 million over four visits to Borgata. During their last visit, however, Borgata learned that a British casino had withheld Ivey's winnings after discovering that he and Sun were doing the same thing in connection with a game called Punto Banco, which is essentially the same as Baccarat. Thereafter Borgata sued Ivey and Sun, alleging breach of contract, fraud, conspiracy to commit fraud, and RICO violations. Both sides moved for summary judgment.

The district court first addressed Borgata's breach of contract claim. Borgata alleged that gamblers and casinos enter into an implicit contract — the casino agrees to "provide a gaming experience in compliance with the New Jersey Casino Control Act ('CCA')" and gamblers agree to play the games in compliance with the CCA. Here, Borgata claimed that it held up its end of the bargain, but Ivey and Sun breached the contract as a result of their "edge sorting" scheme. The district court agreed and granted Borgata summary judgment on its breach of contract claims.The district court held, as an initial matter, that "the only way gambling at a casino is lawful is if the patrons and the casino follow the strictures of the  CCA, and that contractual agreements, whether express or implied, involving casino gambling in New Jersey must therefore include a provision that both parties agree to abide by the CCA." It then held that Ivey and Sun breached this contract by "knowingly engag[ing] in a scheme to create a set of marked cards and then us[ing] those marked cards to place bets based on the markings." Although the term "marked cards" usually invokes images of physical markings being placed on the cards by the player, the district court held that this view was too narrow, and that "'[m]arking' a card is to surreptitiously identify the value of the card to a player – and that player alone." Therefore, by "edge sorting" the cards, Ivey and Sun used "marked" cards to adjust the odds of the game in their favor and, in doing so, violated their implicit contract with Borgata to abide by the terms of the CCA.

The district court then addressed Borgata's fraud claim. Borgata claimed that Ivey and Sun misrepresented their "true reasons, motivations and purpose for the playing accommodations they sought," and therefore were liable to Borgata under theories of fraud, conspiracy to commit fraud, and RICO. On this point, the district court disagreed. Ivey and Sun did not break any of the rules of Baccarat. The district court noted that Baccarat is "well known for unique and superstitious rituals, including asking dealers to let the players  'peak' at cards before they are placed on the gaming table." (In some games, called "Macau style," players are even allowed to bend or tear the cards, but these cards are discarded after each hand.) The fact that Ivey and Sun manufactured a reason for their five accommodations was irrelevant because they were not required to provide an explanation in the first place since the rules of the game permit a player to manipulate the cards. In other words: "If Ivey and Sun had simply made their requests without explanation, Borgata was still empowered to grant or deny those requests. That Borgata chose to believe that Ivey and Sun were superstitious does not amount to detrimental reliance, when no explanation at all could have resulted in the same course of events." As a result, Borgata's fraud claims, conspiracy, and RICO claims failed as a matter of law.

Finally, towards the end of its opinion, the district court put the relative positions and motivations of both Borgata and Ivey and Sun in context, observing as follows:

Borgata casts itself as an innocent victim who altruistically provided Ivey with his five requests, including allowing Sun to play with him, because it trusted Ivey. Borgata, however, is a for-profit business whose commodity is gambling, and whose methodology is to use the odds of casino games in its favor, among other techniques, to win as much money from its patrons as it can. Ivey is a professional gambler whose business is to play high-stakes casino games to win as much of the casino's money as he can. In exchange for agreeing to Ivey's five requests, Borgata required millions of dollars in front money from Ivey. Borgata also wanted Ivey to gamble at its casino so that his celebrity status would attract more gamblers to the casino. Borgata and Ivey had the same goal when they entered into their arrangement – to profit at the other's expense. Trust is a misplaced sentiment in this context.

Barring an appeal, Borgata has 20 days from the date of the opinion to submit a brief setting forth its damages resulting from Ivey's and Sun's breach of contract, after which Ivey and Sun will have 20 days to respond. Stay tuned.