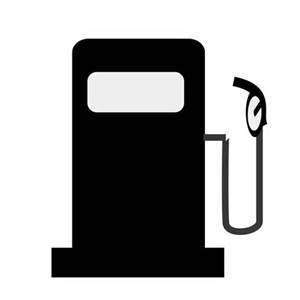 Sometimes the most basic things can cause the biggest problems. One of the first lessons learned in the first year of law school is that a valid contract requires consideration – some benefit flowing to each side of the deal. In M. Spiegel & Sons Oil Corp. v. Amiel, the Appellate Division reminded us how failing to satisfy this basic requirement can derail an otherwise seemingly straightforward matter.

In Spiegel, defendants were two individuals who formed an LLC that operated two gas stations. The LLC purchased fuel oil from plaintiff. By March 2012, however, the LLC allegedly owned plaintiff more than $1 million for fuel oil deliveries, therefore plaintiff stopped making deliveries. Shortly thereafter, plaintiff entered into an agreement with the LLC pursuant to which the LLC agreed to make regular monthly payments to plaintiff to resolve its debt. As part of the agreement, the LLC entered into a promissory note with defendants for the full amount of the debt. Defendants were never asked to, and never agreed to, provide a personal guaranty in connection with the promissory note. But, shortly after the promissory note was signed, plaintiff asked defendants to sign a personal guaranty, which they did.

The trial court granted plaintiff’s motion and denied defendants’ cross-motion, holding that the guaranty was “clear and direct,” and that the “‘forbearance of the plaintiff to forego collection of the full amount’ and to ‘span out a payment plan’” provided adequate consideration. Defendants appealed and the Appellate Division reversed.

The Appellate Division started with the basic premise that “no contract is enforceable without the flow of consideration – both sides must ‘get something’ out of the exchange.” This principle applies to personal guarantees just like any other contract. Therefore, when a guaranty is not executed at the same time as a loan, it must be supported by separate consideration. The “mere promise to pay an antecedent debt of another is not generally regarded as consideration for a guaranty.” While not much more is required, there must at least be “a slight benefit to the promisor or a trifling inconvenience to the promisee” for there to be consideration.

In Spiegal, plaintiff claimed that defendants provided the personal guaranty to induce plaintiff to continue to supply fuel oil, but defendants refuted this, noting that they no longer purchased fuel oil from plaintiff. The Appellate Division held that this created a fact issue that precluded summary judgment. Because the trial court did not address this issue, the case had to be remanded.