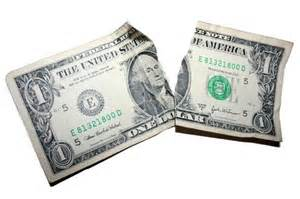 Under New Jersey law, lawyers can, in some instances, share fees with lawyers at a different firm to whom they refer a case. But what happens when Lawyer A refers a case to Lawyer B who then refers the case to Lawyer C? Can Lawyers A and B share in the recovery that Lawyer C achieves for the client? This was the question the Appellate Division faced in Weiner & Mazzei, P.C. v. The Sattiraju Law Firm, PC. The answer, in that case, was "no," but there are instances where this type of three-way sharing would be appropriate.

After speaking with the first lawyer, however, the second lawyer also refused the case but agreed to refer it to defendant, a law firm with at least one certified civil trial attorney. The second lawyer had a standing referral agreement with defendant and defendant agreed to abide by the usual one-third referral fee contained in that agreement.

Defendant prosecuted the client's employment case and eventually reached a confidential settlement with the client's former employer. Plaintiffs — the first and second lawyers — sued, claiming they were jointly entitled to one-third of defendant's fee. Defendant moved for summary judgment, which was originally denied, but was later granted upon reconsideration. Plaintiffs appealed.

The Appellate Division noted that New Jersey's version of RPC 1.5  allows lawyers to share fees only if: (1) the division of fees is proportionate to the work each lawyer performed; (2) the client is notified of the division; (3) the client consents to participation of all the lawyers involved; and  (4) the total fee is reasonable. The Appellate Division then noted that NJ Court Rule 1:39-6 eliminates the first of these requirements, but not the rest of them, when a certified civil trial attorney receives the referral. In other words, a certified civil trial attorney can share fees in a manner that is not based on the work each lawyer performed on the matter, but the client must still be notified of the agreement to share fees and consent to the participation of all the lawyers involved. This is what ultimately doomed the fee-sharing arrangement in Weiner & Mazzei.

The lesson to take from this case is that if you are going to enter into a fee sharing arrangement with another lawyer or law firm, be sure to notify the client and obtain the client's consent to the arrangement. If you fail to do so, you may end up without any fees.