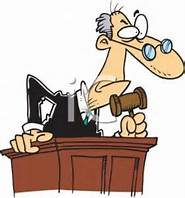 Yes, you read that headline right. In Acevedo v. Masih, defense counsel was ready for trial on the trial date but the trial court nonetheless entered judgment against defendant because defendant's counsel (and plaintiff's counsel) "did not show up for trial." Let me explain.

Acevedo was a personal injury lawsuit arising out of a car accident. After discovery, the parties engaged in non-binding arbitration, which resulted in an award in plaintiffs' favor for $86,250. Defendants rejected this award by filing a timely demand for trial de novo and the case was scheduled for trial in Sussex County. This is where the case went, temporarily, off the rails.

At the same time, plaintiff's counsel in Acevedo requested, with defense counsel's consent, an adjournment of the trial because, among other reasons, plaintiffs' expert witness was not available on the scheduled trial date.

On the trial date, consistent with his prior communications, defense counsel appeared for the trial call in the oldest Morris County case. While there, he received word from the judge in Acevedo requesting his appearance in Sussex County once he was released from Morris County. When defense counsel got to Sussex County that afternoon, the matter immediately "got off on the wrong foot." The judge complained about defense counsel's failure to appear for the trial call and claimed that counsel's letter advising the court of his plans "never came to us" (notwithstanding fax confirmation to the correct fax number). Notwithstanding this confusion, defense counsel indicated to the court that he was ready for trial but that he understood plaintiffs' counsel had some issues with the trial date. When plaintiffs' counsel explained these issues, the judge became "in his own words, 'rather perturbed' about the unavailability of plaintiffs' medical expert and did not view this circumstance as a sufficient ground for an adjournment." The judge then held that:

Defense counsel was understandably concerned about this decision — which effectively punished defendants even though their counsel was ready for trial — but the judge was unmoved. As the Appellate Division observed:

In responding  to counsel's  understandable  consternation  about  the unfairness  of the  "remedy" crafted, the  judge based  his  ruling on the fact that defense counsel "w[as]n't ready at 9 o'clock" (true, but for legitimate reasons) and "fail[ed] to communicate with  the  [c]ourt"  (counsel had, in  fact, timely  communicated), the  judge  concluded  that  defense  counsel  had  committed  "a sanctionable  offense.”

Defendants  were  ready  for  trial, plaintiffs  were  not; defendants  should  not  have  suffered  the  consequences.  This unnecessary appellate  side  trip has disserved  the  efficient administration  of  justice. The  sanction  imposed  on  defendants for having done nothing wrong constitutes an abuse of discretion that requires no further explanation from this court.

Though rare, anyone who has practiced long enough has faced a situation with a difficult judge or a surreal decision from a judge. I am not sure how I would have dealt with this one, but kudos to counsel for doing the only thing you can do in these situations, rolling with the punches and relying on the Appellate Division to right an obvious wrong.