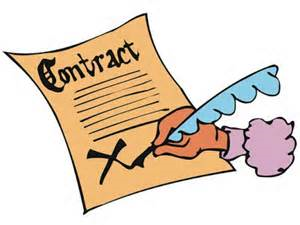 In its recent Seriki v. Uniqlo New Jersey, LLC opinion, the Appellate Division faced the following question: "if an employee does not sign an arbitration agreement, can it still be enforced against him"? (Not quite as philosophical as the famous, "if tree falls in a forest and no one is around to hear it, does it make a sound?" but more relevant to my daily life.) The Appellate Division's answer was a resounding "maybe."

In Seriki, plaintiff worked as a loss-prevention associate for defendant, a retail department store. A few months after he started the job, plaintiff attended a training session at defendant's human resources office. During the meeting, plaintiff and the other attendees received a revised copy of plaintiff's employee handbook. They also received a four-page agreement entitled, "Mutual Agreement to Arbitrate Claims" (the "Agreement"). As the name suggests, the Agreement was a broad agreement to arbitrate all claims between plaintiff and its employees. It also contained the following provision:

Should Employee not sign this Agreement, continuing Employee's employment for a period of [thirty] days after Employee's receipt of this Agreement constitutes mutual acceptance of the terms of the Agreement commencing upon completion of that [thirty]-day period.

After plaintiff was fired, he sued, alleging wrongful discharge. Defendant moved to compel arbitration. The trial court denied the motion, concluding that plaintiff was not bound by the Agreement because he did not sign it. Defendant appealed.

On appeal, the Appellate Division reversed and remanded the matter for an evidentiary hearing to determine whether plaintiff clearly and unambiguously assented to arbitration.

The court began its analysis with the premise that the Federal Arbitration Act, and the nearly-identical New Jersey Arbitration Act, favor arbitration. But, the court noted, this favored status is not without limits. "[B]ecause arbitration involves a waiver of the right to pursue a case in a judicial forum, courts take particular care 'in assuring the knowing assent of both parties to arbitrate, and a clear mutual understanding of the ramifications of that assent." As a result, if a party does not "clearly and unambiguously" assent to the terms of an arbitration agreement, that party will not be compelled to arbitrate its claims.

Normally, a party demonstrates its clear and unambiguous consent to the terms of an arbitration agreement by signing the agreement. But, the agreement can be enforced even without a signature if there is some other "explicit indication of an intent to be bound." (The court noted that, in New Jersey, continued employment can be adequate consideration for an arbitration agreement but this is a slightly different question than whether a party to an unsigned arbitration agreement assented to its terms.) However, "when one party presents a contract for signature to another party, the omission of that other party's signature is a significant factor in determining whether the two parties mutually have reached an agreement."

In light of this applicable law, the Appellate Division held that the trial court should not have relied entirely on the unsigned Agreement, and instead should have conducted an evidentiary hearing to determine whether plaintiff nonetheless assented to arbitration:

The absence of plaintiff's signature did not conclusively reflect either assent or lack of assent. There remains an issue of fact regarding whether plaintiff was aware that his continued employment for thirty days would bind him to the Agreement, regardless of the absence of a signature.

Without endorsing either side's version of events, the Appellate Division noted that there was a dispute over whether plaintiff understood the terms of the Agreement — defendant claimed that it discussed the Agreement with plaintiff at the meeting, while plaintiff claimed that this never happened and that he never read the Agreement. The Appellate Division remanded the case to the trial court so that it could "assess the demeanor and credibility of plaintiff, [defendant], and any other witnesses with relevant knowledge." With this "amplified record," the trial court could better "determine if, in the absence of plaintiff's signature, there [was] 'some other unmistakeable indication that plaintiff affirmatively agreed to arbitrate his claims.'"